Tamari Kaak are considered one of the popular sweets widely spread in the Arab world and are characterized by its attractive shape, delicious and good taste, in addition to their many benefits that accrue to the health of the body, because it consists mainly of dates, which contain the most important minerals and vitamins, and it is characterized by the possibility of preparing several different methods and flavors, and the way they work varies from country to country according to the ingredients prepared from them

Tamari Kaak is one of the most popular types of sweets circulated in Syrian homes and markets, it’s one of the popular Damascene sweets and it’s usually sold on mobile carts that roam the streets of Damascus carried on bicycles in glass boxes.

It is very popular with adults and children in Syrian society. It is also one of the types of sweets that Some factories specialize in selling it, and thanks to its delicious flavor, its fame has invaded the Arab countries, and recently the West.

Tamari kaak is made of crepe dough stuffed with molasses and sesame tahini, and bananas or chocolates are added to it as desired, then rolled into a cylinder and decorated with finely ground sugar. 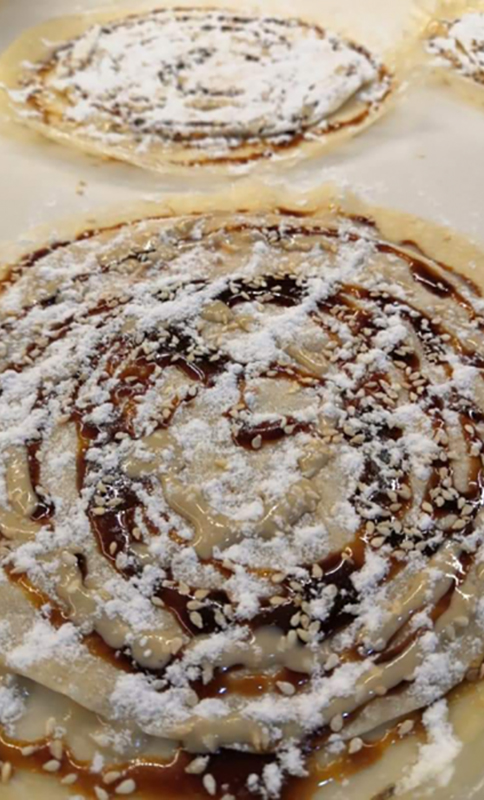