There is no doubt that the tabbouleh competes with the fattoush for the position of the king of Levantine appetizers, so any house you visit in Syria and Lebanon, for example, you will see one of them inevitably present on the dining tables, especially during the holy month of Ramadan. Tabbouleh consists of parsley, peeled tomatoes, bulgur, and green mint, and lemon juice and olive oil are added to it. In some areas, cucumbers are also added to its ingredients. It is also known in some Latin countries such as Argentina, Brazil and the Dominicans, where it is known as Tipili, and its arrival there was due to the Syrian and Lebanese immigrants living there. 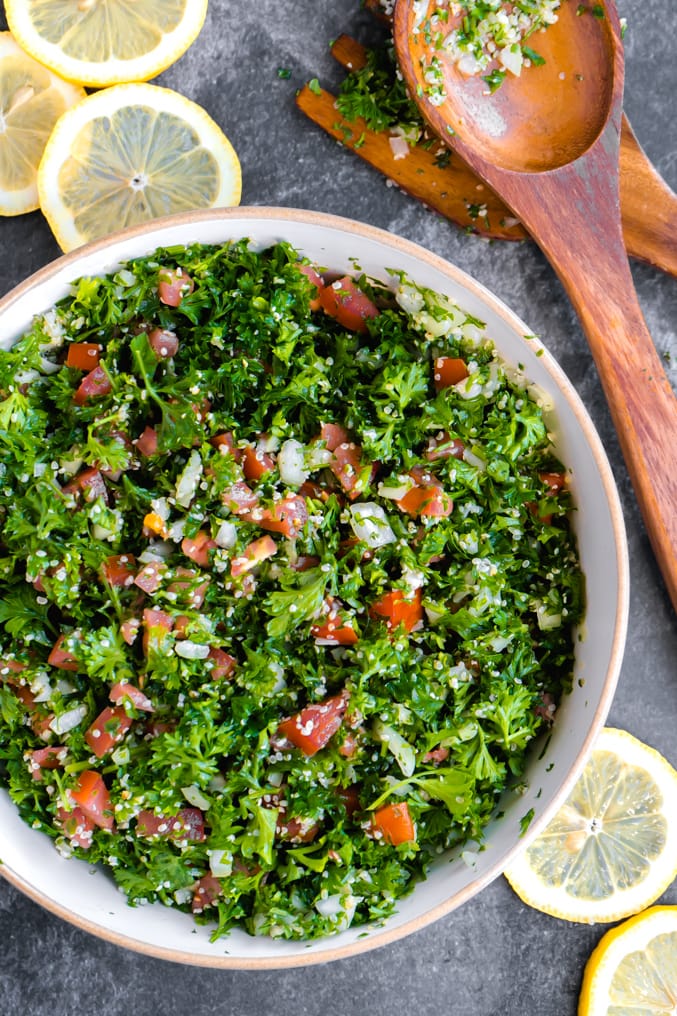