Osmalieh is a kind of Turkish dessert. Where it was spread in the Ottoman era, then spread in the Levant; It is two layers of roasted kunafa, stuffed with cream, which is the traditional recipe, but now many people stuff it with chocolate cream or cream cheese.

Also read: Prepare 4 Types Of Kanafeh With Cheese Or Cream

How to make Osmalieh with cream 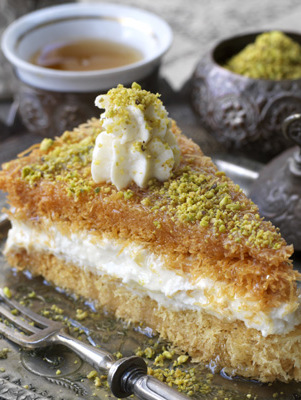