Namoura is an Arab dessert known since ancient times, but its origin goes back to Egypt and the Levant. Currently, it’s known as basbousa, harissa, or rifani, and the names differ according to each country. The basic ingredients of Namoura are semolina, sugar, ghee or butter, and it can be prepared in several flavors such as cinnamon or cream, and cocoa or Nescafe can be added. But most of the time, the tiger is served in its original flavor and garnished with nuts. The method of preparing the Namoura differs from one country to another. The Palestinian Namoura is different from the Lebanese and Syrian. Therefore, we have chosen to present to you in this topic several ways to prepare Nammoura according to the country. 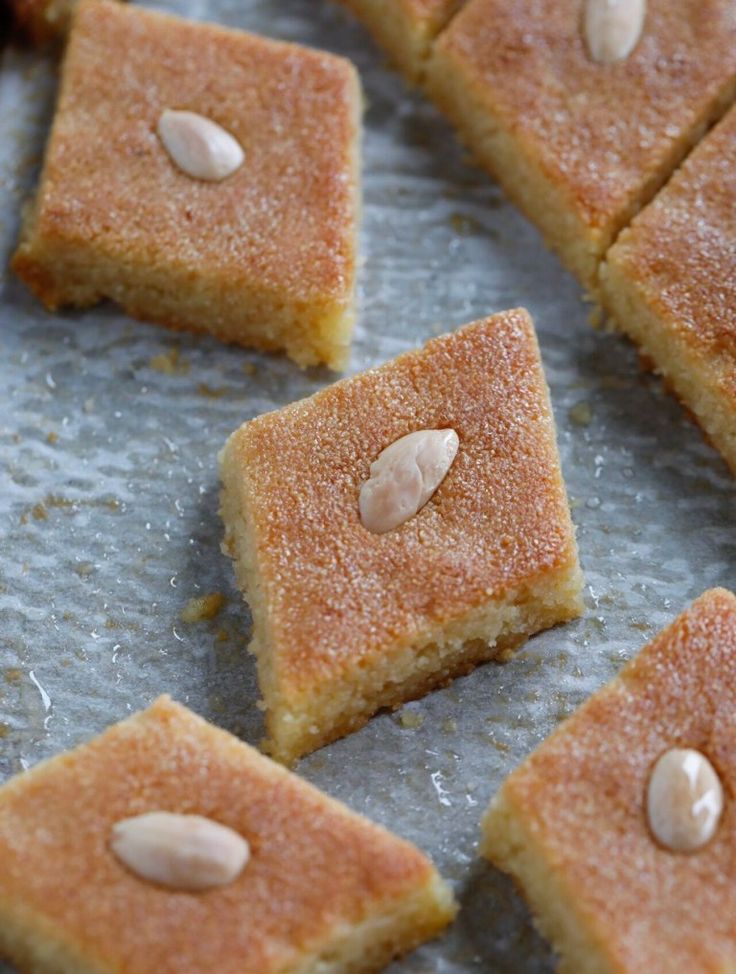