The Mansaf is a porridge of lamb with milk and yogurt, bread, bulgur or rice.
It is the most famous Jordanian meal, and it extends to include the Badia al-Sham region between Syria, Iraq, Jordan, Palestine, southern Syria and northern Saudi Arabia, and Jordanians are the most famous for its preparation, as it is the national dish in Jordan, and it is cooked with weddings, weddings and various occasions.

How To Prepare Kabsa With Chicken, Meat & Vegetables

Mansaf is distinguished from the rest of Arab cooking by using Jameed (Al-Aqt) milk, which is made from milk after turning it into curdled milk consisting of lamb meat with Jameed liquid and rice.

Mansaf is a famous Jordanian dish that combines lamb meat, jameed yogurt and wheat, which is included in the dish in the form of grits and bread.

With the spread of white rice in recent decades, manasif has become only prepared with rice, forming a high-fat and low-fiber dish.

Here are the most important healthy tips for preparing mansaf: 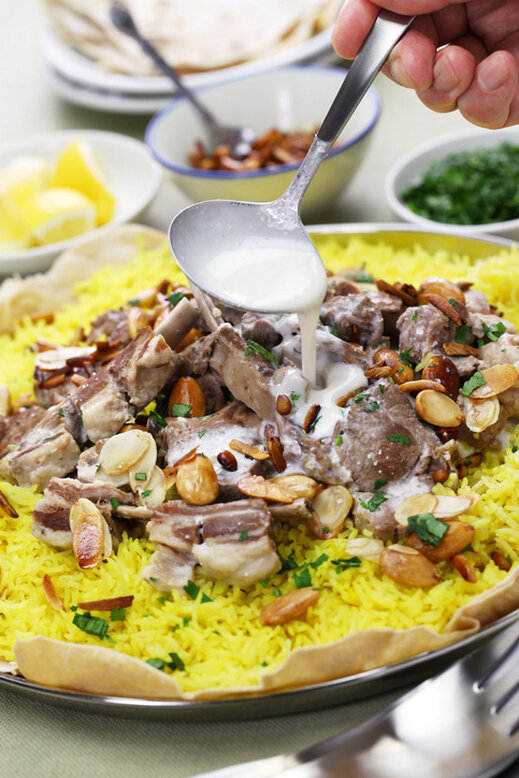 A Recipe To Prepare Mansaf In A Healthy Way

After you have prepared the previous ingredients, here is the step-by-step method for making Jordanian Mansaf with meat: