Makdous is one of the famous appetizers in most Arab countries. It is often served on dining tables beside the main dishes. It is a small eggplant that is boiled and stuffed with a mixture whose ingredients vary from one recipe to another.

Eggplant is a delicious vegetable It can be eaten raw. It is also cooked in many delicious ways, such as stuffed eggplant, maqluba, Tabakh Roho, Baba Ganoush and many other stews.
It is also possible to prepare Syrian makdus, as it is considered an appetizer that is eaten at breakfast or Dinner, and the method of preparing the makdus is easy, but it requires careful care.

As pickles are considered a side dishes that are served alongside many of the main dishes. We used them as an appetizer, including pickled cucumbers, turnips, carrots, onions, hot peppers, makdous, and others. The preparation of makdus was famous in the Levant, especially in Syria, and it is prepared in several ways, including pickled makdous and makdous stuffed. In this article, we will learn how to prepare it. 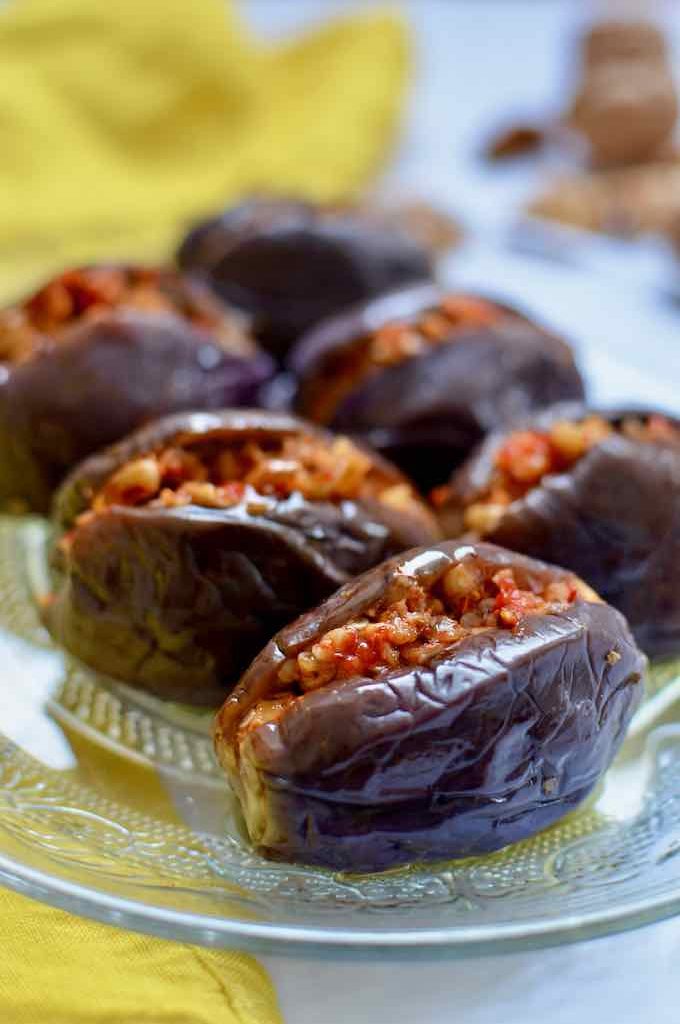 The makdous is ready to eat after two or three days of placing it in the glass jar, and be sure to keep the makdous submerged in oil, if the amount of oil decreases, add more of it to submerge the eggplant in it again.