Karak tea is a type of tea of Indian origin, widely spread in Arab countries, especially in the Arab Gulf countries, it’s characterized by the addition of different flavors to it, while the word Karak means (hard).

We will show how to make Karak chai tea in the Indian way, in addition to the delicious pasta flora dessert that is served alongside, a type of dessert whose texture is between cake and biscuits.

It’s a tea that is cooked on a fire to which some flavorings are added such as cardamom, saffron, ginger, cinnamon, black pepper, and cloves, and from India it moved to the Arab Gulf countries through trade exchange.

The UAE, Qatar, Yemen, and Bahrain are very famous for it, and it is called in Yemen as Al-Adani tea, as serving Karak tea has become a custom in every Gulf house, just like Arabic coffee.

The word Karak means solid or double, and it is a word from the Urdu language, and it is one of the cheapest types of tea, but it is also called the poor’s tea due to its low price.

You should know that Karak Chai tea increases your weight significantly, according to nutritionists, as it concentrates fat in the buttocks and abdomen area because it contains a high percentage of fat, as it consists mainly of whole milk, and nutritionists add that because milk is boiled more than once, milk loses its components useful and ineffective 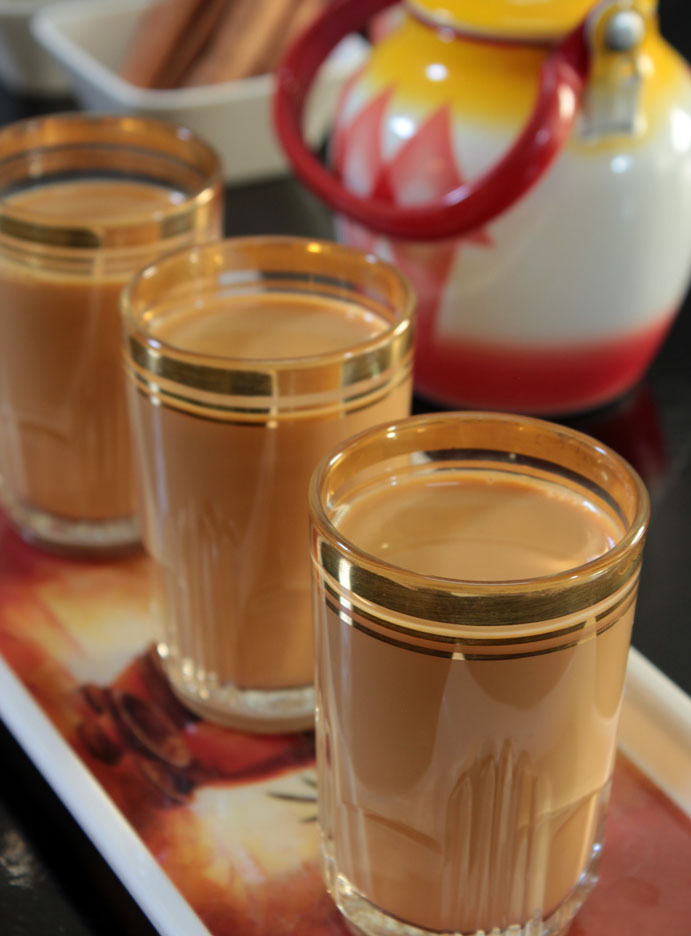