There are many types of salads and appetizers that you can serve on your trip, the most famous of which is the fattoush.
It’s a common appetizer in Arab kitchens and its origin is in the Levant, especially Syria, Lebanon and Palestine.
The fattoush salad was previously called “Abu Mleih” in Palestine, then the recipe spread to Arab and then international kitchens very quickly.
The introduction of fattoush at Ramadan tables has always been linked since ancient times, when it was discovered that some of the feudal lords in Zahle, Mount Lebanon, were dipping salad with bread and eating it, and it began to spread in the villages adjacent to Zahle by coincidence at the end of the month of Ramadan, and it has been linked to the holy month since then. As for the method of preparing the fattoush, it is very easy and fast, and does not require much effort or time.

Enjoy this authentic oriental salad with bread, which consists of a combination of fresh vegetables and herbs.

Fattoush is a salad consisting of a group of fresh vegetables such as cucumber, lettuce, parsley and radish and watered with a sauce of pomegranate molasses and olive oil with the addition of roasted or fried cubes of bread, and it can be decorated with slices of lemon.

Fattoush salad is one of the most delicious appetizers that are widely popular and very popular in the Arab countries in general and in the Levant, especially Lebanon and Syria.
Full of vitamins and antioxidants, we will introduce you to how to make the most delicious Fattoush salad dish in simple and easy steps like restaurants. Here are the ingredients and how to prepare it.

Learn The Method Of How To Make Tahini Hummus

Ingredients for the sauce:

To shape the cups:

Note: You can leave onions on a side dish, and only add them when serving.

Fatoush in the jar 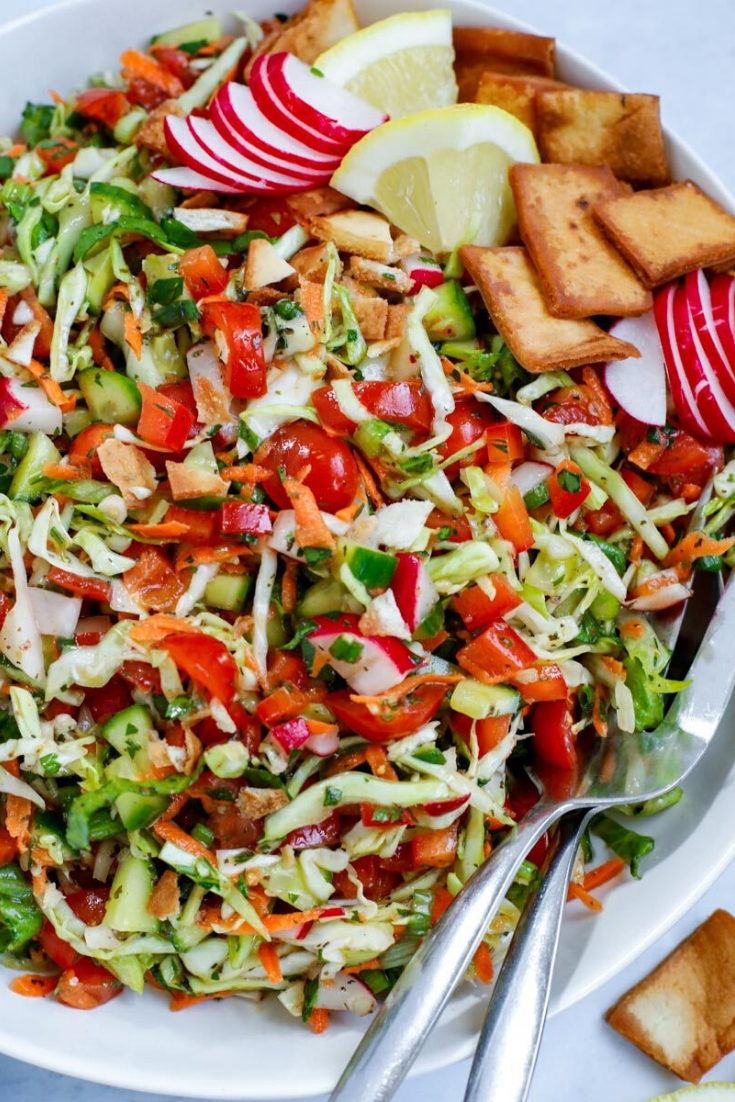 How to prepare the main fattoush?