The fatteh is a delicacy or an appetizer, and it is popular in the cuisine of the Levantine countries. Let’s find out how to make all types of fatteh.

Fattah is generally considered one of the most popular foods in the Arab region in general, and the Levant region in particular, as these dishes are relatively easy to prepare, in addition to the beauty of their appearance stemming from the sophistication of their decorating methods, and most importantly, its irresistible taste.

Learn To Cook The Best 5 Types Of Kibbeh

The fatteh which has chickpeas inside it are among the foods that people in the Levant region eat for breakfast, as the family gathers around it in the morning, especially during public holidays.
Hence, this food has acquired an unparalleled peculiarity and high importance, so one of the basics is to learn How to prepare hummus fatteh at home to prepare it at times like these, and here is how it works.

Fatteh has several types, the most famous of which are:

Egyptian Fatteh: The bread is roasted and dipped in soup in a large deep dish, then covered with flat rice, and sprinkled with a little soup.
Prepare the frying pan over a fire by roasting garlic crushed in a mortar with dry coriander powder in butter, then add tomato paste, a little water and vinegar.
Sprinkle the frying pan on the rice, and spread the pieces of meat around the plate.

Syrian Fatteh: There is fatteh with olive oil or fatteh with ghee or with yogurt or other types of crumbs that are famous in different regions of Syria, and fatteh with olive oil is one of the types of fatteh known in Syria. It is prepared by cutting the toasted or dried bread and placing it in a deep glass bowl.
To be hot with a little salt, stir the mixture a little and add the mixture of the fatteh, which consists of the plan, lemon and oil, and decorate with pine nuts.

It is recommended to grill bread, sausage, and pine nuts instead of frying them in frying oil, to prepare a meal that is healthier and contains less fat.
We do not recommend eating this dish by those who aspire to lose weight, because it contains a high percentage of sodium, which may cause fluid retention.
This dish is rich in protein, with only one serving containing around 15 grams of protein.

A serving of these appetizers is high in carbohydrates, fats and protein, which may negatively affect the health of a diabetic.
Avoid adding pans to the meal and use toasted brown bread to reduce the proportion of hydrogenated and harmful fats.
It is recommended to use brown bread because it contains a higher percentage of fiber, which has a role in slowing the absorption of sugar in the intestine.
The percentage of carbohydrates in this dish should be calculated from the daily allowance.

Try to avoid this type of appetizer that is high in sodium and fat.
If you want to eat a small amount of it, it is recommended to replace fried bread with toast.
One should beware of eating this dish, fatteh of chickpeas by those who suffer from high blood pressure, because it contains a very high percentage of sodium.

Pay attention to the high calorie content of such appetizers, if you want to control your weight gain during pregnancy, reduce the portions of it.
If you suffer from heartburn, frying them may not be suitable for you.
Replace fried bread with toast.

Prepare fatteh with eggplant and meat

Eggplant has always been known for its many health benefits, low in calories, and rich in fiber.
Because the eggplant in this recipe is fried, it may not be suitable for those who are looking to lose or maintain their weight.
If the eggplant is grilled instead of frying it and using less oil, we will reduce calories and hydrogenated fats.
To reduce the amount of fat and calories and to make the crumb more healthy, you can grill eggplant and roast bread instead of frying.
Watch for added sodium.

Fatteh eggplant with meat and diabetics

Diabetics are not recommended to eat fried foods, as they are rich in fat and cholesterol.
Taking this recipe by grilling eggplant and meat instead of frying it while reducing the amount of oil and replacing butter with vegetable oil will help make the recipe suitable for diabetics.
Eggplant is rich in magnesium, which has a role in stimulating the action of insulin in the body.
Do not forget to calculate your allowable portions of carbohydrates, especially those provided by bread, and try to use brown bread.

Try to avoid adding salt and sodium to this meal.
Eggplant is rich in potassium, which plays a role in maintaining the balance of minerals and salts in the body and promoting the health of the heart muscle.
Studies have long proven the benefits of eggplant in promoting cardiovascular health.
Eggplant is rich in antioxidants, which makes it a great role in strengthening the body’s immunity and fighting free radicals.

Eggplant contains many minerals that are important to you during pregnancy, such as antioxidants that help strengthen your immunity.
Eggplant is rich in fiber that may help prevent constipation.
Pans in general may not be comfortable for your stomach, and they may cause you heartburn, so it is best to avoid them, so we recommend roasting eggplant. 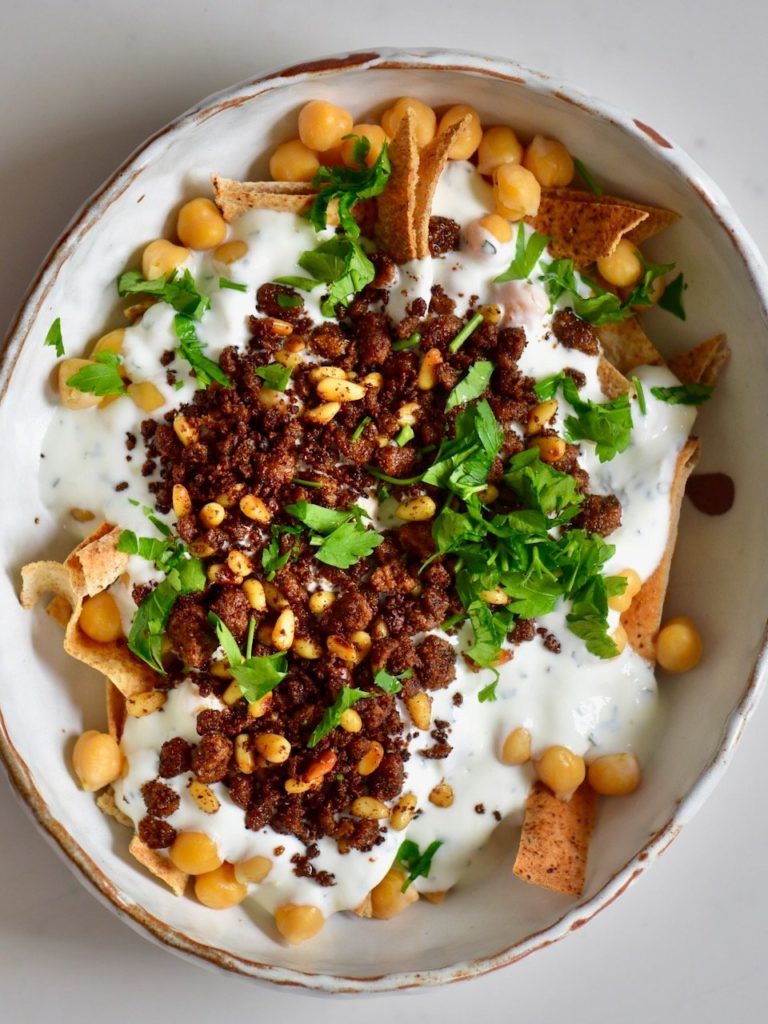 How to make the traditional chicken fatteh

In this part, we show you how to make the traditional chicken fatteh: 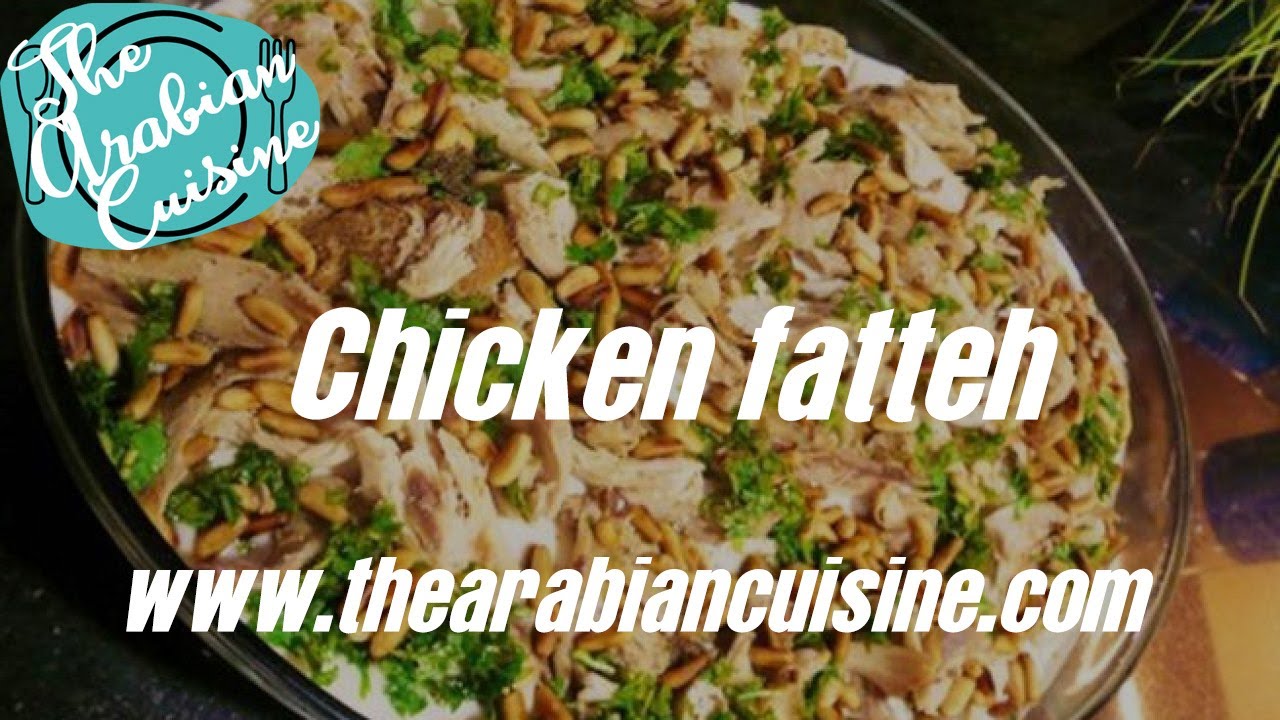