Skip to Content
Home RecipesCauliflower with tahini on the Lebanese way

The Cauliflower is one of the vegetables that are included in many Arab and Western recipes, due to its delicious flavor, and it can be cooked by frying, boiling or grilling in the oven, and it is also known in many countries as cauliflower, and the Indian recipe can be followed in preparing and serving it with bread or salad, We are going to present to you how to cook Cauliflower in the oven on the Indian way, but first let talk about some of Cauliflower benefits you might need to know.

Cauliflower is a good source of vitamin C, folate, and dietary fiber, and is characterized by not containing fat or cholesterol, in addition to containing small amounts of sodium and carbohydrates, and it is worth noting that this type of vegetable is considered low in calories.

Here are the most important nutrients in Cauliflower:

Cauliflower is a vegetable rich in fiber. One cup of it contains 10% of the daily needs, and fiber is food for beneficial bacteria in the intestine, which promotes the health of the digestive system, and reduces inflammation .

The risk of cardiovascular disease, and may play a role in reducing the risk of obesity, In addition, eating dietary fiber may help enhance immune system functions, and control inflammation, which may reduce the risk of inflammatory-related diseases such as diabetes.

Eating adequate amounts of fiber has been linked to helping lower blood pressure, improving insulin sensitivity, and promoting weight loss in people with obesity, and the water and fiber content of cauliflower may contribute to preventing constipation and reducing the risk of the colon cancer.

Cauliflower is a good source of antioxidants that protect cells from inflammation and damage caused by free radicals.

For cruciferous vegetables – in addition to isothiocyanate, a study conducted by the University of Putra Malaysia in 2013 showed that these antioxidants may contribute to reducing the risk of cancer.

According to a review conducted at the University of Oregon in the United States in 2009, eating cruciferous vegetables is inversely associated with lung, colon and rectal cancer.

One cup of cauliflower contains 45 milligrams of choline, which covers 11% of the daily needs of the female body, and 8% of the daily needs of males. choline has many functions in the body; It is involved in the processes of Neurotransmission, in the manufacture of DNA, and the promotion of metabolism, as well as it prevents the accumulation of cholesterol in the liver, and reduces chronic inflammation, and helps with sleep, learning, and enters the movement of muscles, and in addition, choline plays an important role in the growth of The brain and memory of the fetus, and may reduce the risk of neural defect, according to a study conducted at North Carolina State University in 2009.

Cauliflower contains sulforaphane, which is an antioxidant, and this substance can play a role in protecting against cancer by inhibiting enzymes that help the growth of tumors in the body, according to a study published in the Cancer journal in 2009.

Vitamin K: One cup of cauliflower provides the body with 20% of its daily needs of vitamin K , whose deficiency is linked to an increased risk of osteoporosis and fractures, and eating it helps promote bone health by improving the body’s absorption of calcium and preventing its excretion in the urine, in addition to This may prevent the accumulation of calcium in the blood vessels of people who take calcium supplements, and may reduce the risk of heart disease, according to a review published in the 2015 integrative medicine a clinician’s journal. 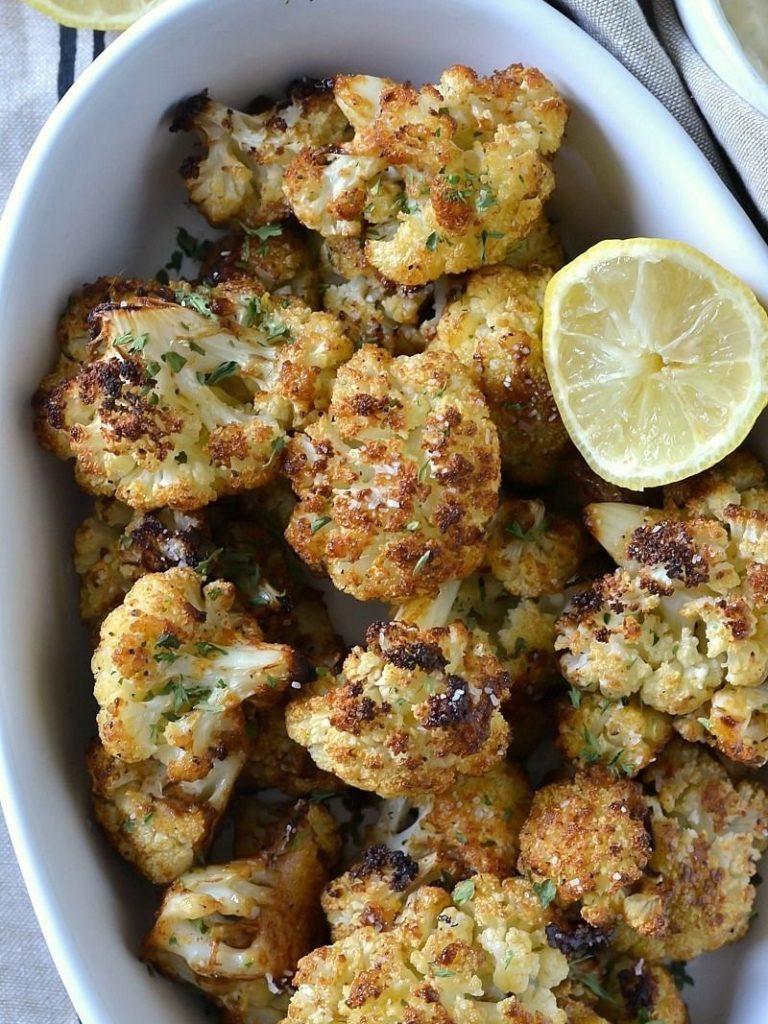 Cauliflower with tahini on the Lebanese way