What is Turkish baklava?

Turkish baklava, or “gulash” in Turkish, is a sweet pastry made of thin layers of dough, and it has several types, including baklawa with pistachios and baklawa with walnuts, and sweetened by pouring sugar or honey on it, and this makes it more cohesive.

Turkish baklawa is famous in Arab, Asian, and Middle Eastern cuisines, as well as Levantine, Maghreb, South Asian, Caucasian, and Balkan cuisines, and is among the 16 non-European foods and drinks that have been awarded honorary status, and are included in the list of the 10 most famous foods in the world.

In the Levantine, there is a very similar recipe that could be a new taste for baklava lovers which is called Znoud El Sit, It consists of baklava dough stuffed with cream or pudding and poured over it, and then garnished with shredded pistachios, and in the recent period, it was served decorated with cream, chocolate or Nutella instead of immersing it in syrup. 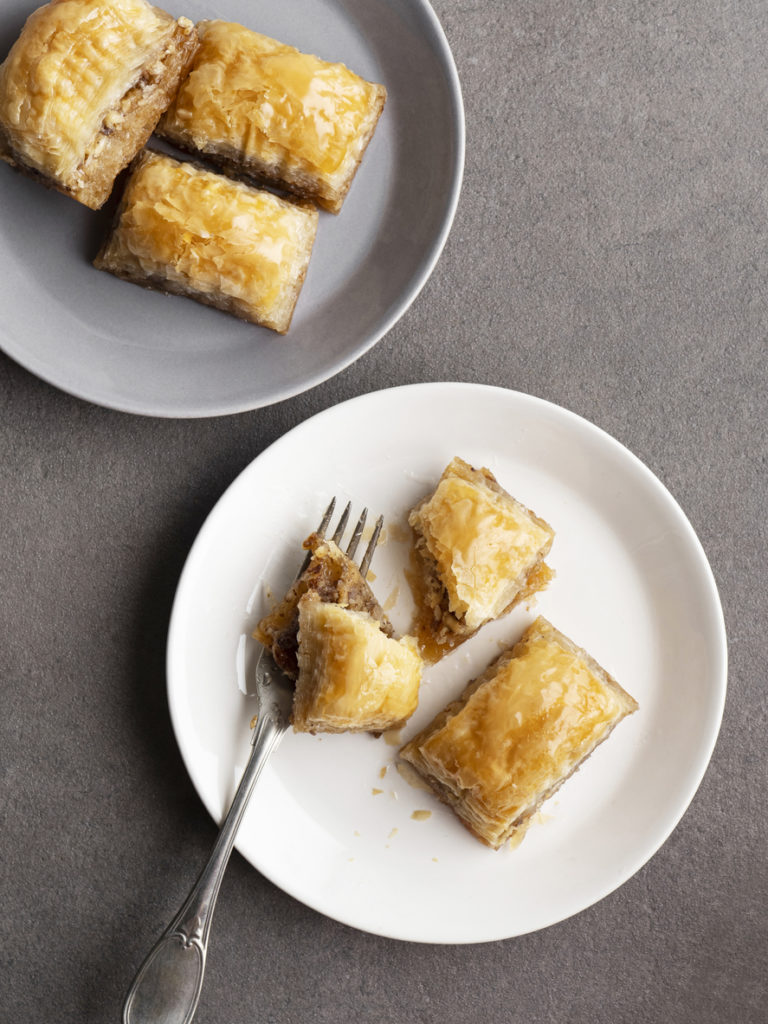 How to prepare the syrup

Preparing the filling for Turkish baklava